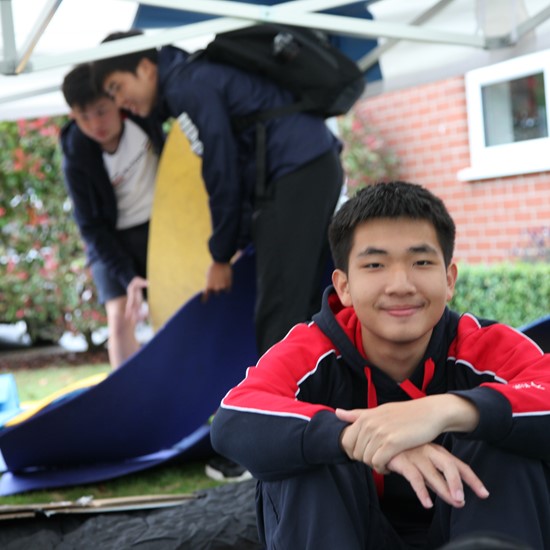 International students at Taunton School have raised over 1000 for a local homelessness charity by spending a night sleeping outdoors.

They are supporting Arc (formerly Taunton Association for the Homeless) – a charity which houses, supports and empowers homeless people in Somerset, helping over 450 people a year.

The students spent the night in tents or under gazebos within the school grounds. The tents they used will now be donated to the charity. The students were inspired to raise money after listening to a representative from the charity during a school assembly during which they learnt about the plight of homelessness in the UK and the effect it can have on a person’s mental and physical health.

Lyndsay White, Deputy Head at Taunton School International says, "I am proud that the students were able to take themselves out of their comfort zones for one night to raise money for such an important cause here in Taunton. We were very impressed that despite the awful weather their spirits weren't dampened and they can now better understand and appreciate the hardships many people who sleep rough face."

The school is also supporting a project driven by Arc that will see the creation of a homeless hostel for former service personnel in Taunton. The Sleep Out took place on Saturday 19th June. To learn more about the charity and to contribute to the students’ fundraising, please visit: https://bit.ly/2Sb2r8g