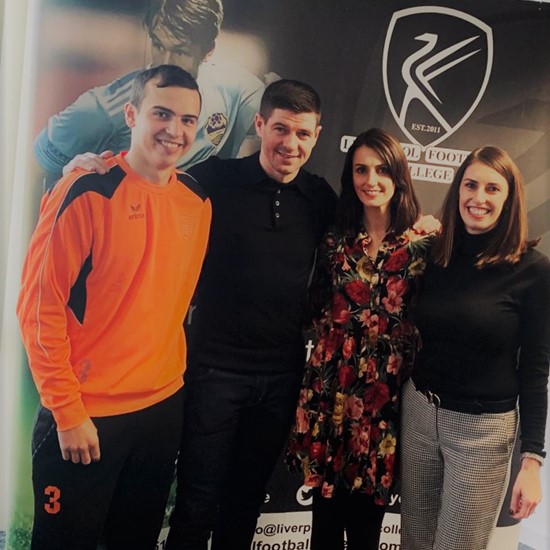 LILA* Liverpool has announced their new A Level Football and Sports Pathway to University. They have partnered with Liverpool Football College in Association with Steven Gerrard to deliver an exciting combination of A Levels and Football training. Graduates from this programme will be in a prime position to go onto degrees and careers in the Football and Sports Industries.

Led by UEFA A-licensed coaches with Premier League academy experience, Liverpool Football College in Association with Steven Gerrard boasts a rich history of alumni who have played professionally and semi-professionally. Other students have gone on to accept scholarships in the USA, study at universities and find alternative careers in football, including coaching.

Gerrard, who made 710 appearances for Liverpool and won seven major honours including the Champions League in 2005, has been a long-term supporter of the college. Gerrard said: “Having personally seen the hard work that has gone in to establishing the college, I’m delighted to lend my support to a top football and education programme, that has set high standards and has a pedigree of developing players and young people since 2011. The track record is excellent.”

“Sport tourism is now believed to be the fastest growing segment within the travel industry and is showing no sign of slowing down” said Leanne Linacre, Director at LILA* Liverpool. “LILA* Liverpool with Liverpool Football College in Association with Steven Gerrard is aiming to make sure our students are perfectly prepared to take full advantage of these diverse global opportunities.”