Wimbledon School of English (WSE) is delighted to have been given double the capacity at Lord Wandsworth College, which means the school can have juniors aged 10-17 on one campus next year, divided into 10-13 & 14-17 age groups. The school's junior summer centre entered the excellence rankings after its very first inspection – the WSE Juniors is now the highest-ranking summer school in the UK owned by a year-round language school. They have exciting new Specialist Skills Workshops - Coding and Football Academy.

Adult programmes in Wimbledon
WSE incorporate 21st century skills in all of their courses. From January 2020 the school will have new afternoon Options courses – Pronunciation, Football Academy (in conjunction with Crystal Palace FC) and Creativity & Wellbeing.

London Exam Centre
In addition to the IELTS exam, the Cambridge Suite, Pearson, TOLES, OET and Trinity exams, the school's own LEC now offers the Test of English for Aviation, LanguageCert and ACCA. 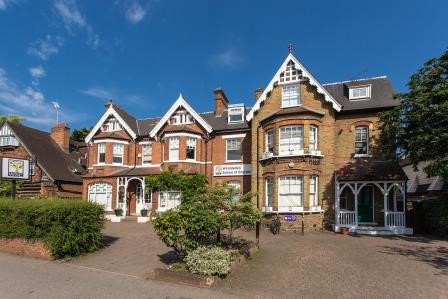