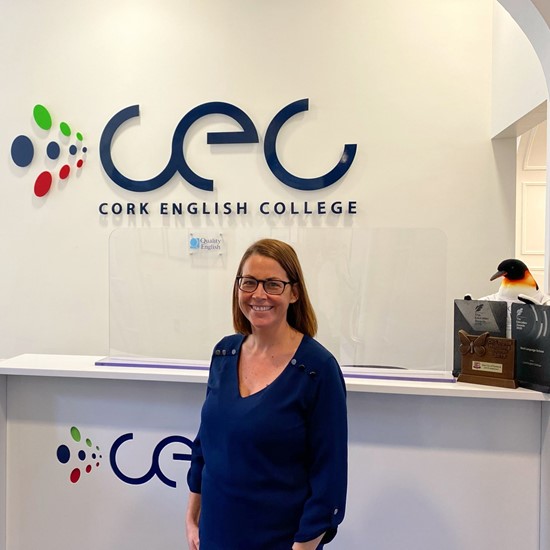 Cork English College are delighted to welcome Fiona Gomez to the team in the role of Academic Manager. Fiona joins the academic team with a wealth of experience having returned to Ireland in March to take up her new role.

Originally from Cork, Fiona left Ireland shortly after graduating from university to teach English in Spain for a year. One year turned into ten and during her time in Spain, Fiona took her DELTA and nearly every training course offered by IH Seville! After a decade in Spain she decided it was time for a change and relocated to the United States.

In the US, Fiona worked for Teaching House as a CELTA trainer and did some online DELTA training also. A few years later, she contributed heavily to new educational initiatives for the New York City Department of Education where she worked with numerous schools in coaching and advising on how to improve their systems and structures.

Fiona brings extensive understanding in the fields of both teaching & management to Cork English College which in no doubt will be of benefit to staff & students alike here in CEC. Even already Fiona has been heavily involved in both coordinating & teaching on our online programme “CEC Virtual” and like the rest of us is looking forward to welcoming students back to the school upon reopening!