Rotorua English Language Academy (RELA) turned 25 this year and on Friday November 9, the boutique school celebrated with a lunch party.  The school was the vision of Elaine Brewster and Chris Leckie and the first students were welcomed into Elaine’s home back in 1993. The school soon outgrew Elaine’s house and has been at its current iconic premises since 1995. Sadly Elaine passed away suddenly in 2002. Her husband, Roger, stepped in to run the school with Chris until retiring in 2014, at which time Aya Kosuge became a director.

The school has seen a lot of ups and downs and changes in the student demographic and English Second Language scene. It has had to adapt and be responsive to individual student needs and agent and family requests. However, one thing that has always remained constant is RELA’s attention to detail and the quality it offers. The school was one of the first members of FIELSNZ (which went on to become English NZ). Elaine was instrumental in developing the Brewster Standards which have now become the English New Zealand Quality standards. In 2006, the school became one of the first New Zealand institutions to join Quality English.

Another constant through the 25 years has been Chris Leckie’s calm and steadying influence. Every morning she waits at the front of the school to greet every student and ask after them. This individual attention that RELA offers its students, and its ability to be adaptable, are what makes the school truly unique.

RELA is not just a language school, it is a second home to many. Since 1993, we’ve welcomed well over 15,000 students from more than 45 countries into our RELA family. We love that we have been able to be such a huge part of so many people's lives. We look forward to sharing the next 25 years with many, many more international students. 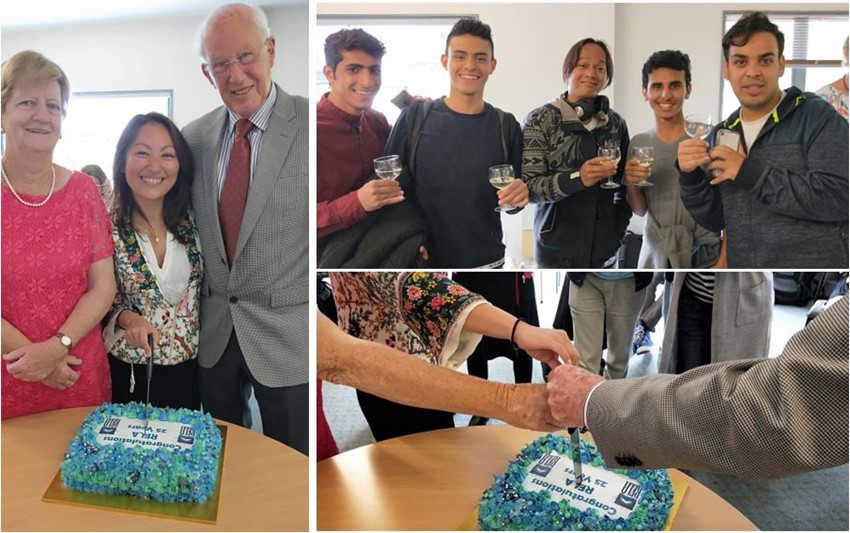