Languages United Students and Staff ‘Wear It Pink’ for Charity 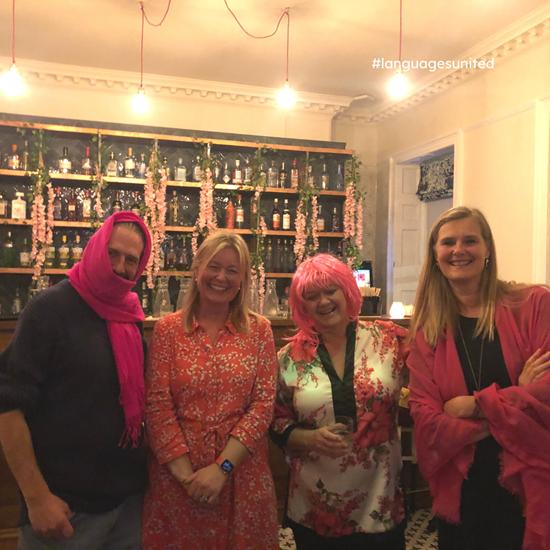 Wear it Pink is hosted by the charity Breast Cancer Now, and encourages people to wear pink to raise awareness and funds to help tackle breast cancer.

Breast Cancer Now is committed to aiding those affected by breast cancer, as well as the research needed to deal with the illness.

After many fundraisers and researchers were forced to close their doors in 2020, it was vital that 2021 efforts were stronger than ever. 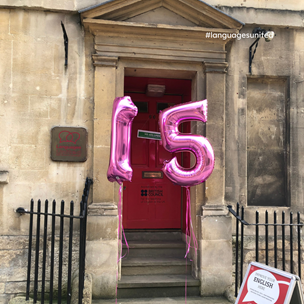 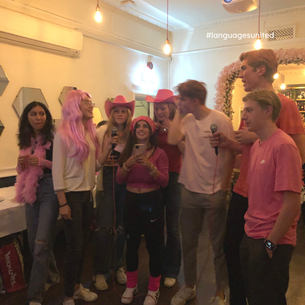 This year is the 20th year that the charity is hosting the fundraising event, and is particularly special considering the trials the previous year presented. The students were excited to take part and were very proud of the funds they raised.

All fundraising activities were conducted under COVID-19 guidelines, which meant previously popular activities such as the bake sale were unable to happen, but despite the obstacles, everyone was determined to wear their most vibrant pink clothing and support a great cause.

The Wear it Pink karaoke fundraising party was just one of many events hosted by the school to celebrate their own fifteenth anniversary.

Languages United are committed to supporting organisations and causes that make the world a better place. As well as fundraising for Breast Cancer Now, the students also managed to offset 7 tons of carbon during their stay. In their green issues and awareness lessons they worked out the carbon emissions for their stay, as part of their efforts to make their experience as green as possible.

One of the best parts of fundraising and tackling environmental problems is witnessing the enthusiasm the students exude when it comes to implementing positive change in the world. It’s a great supplement to their education at the school.